This flat didn’t bring the reaction, “Oh! it’s bumpy, oh man, I think I have a flat tire”. It was more like, “My car just exploded… Black smoke is POURING from somewhere. Why is everyone is honking?! I am going to drive off this bridge.. least I have had a good life.” It was the kind of flat where for a second you can’t control where you are going. I got over the bridge and pulled off onto the first side street I saw. I called Ry, and of course he was a couple miles ahead of me, and came to the rescue. He proceeded to try and get the rusted on doughnut out from under the car, only to find that it too was flat. Seriously, it gets better. Remember how I said it was Memorial Day Weekend? Yep, everything was closed. So, what were we to do? As I gazed at the van, we collectively decided to scrap her. Poor girl. Conveniently, days before at the car dealership we tried to up our trade-in value and asked how much she would be worth. On her best day it wasn’t more than $300 bucks.
We rang up Walter at the finest scrap yard establishment in the Tri-Cities, had a moment of silence and sold her for 125 bucks. A part of me died that day.
Brookings, Oregon
Brookings was amazing. We spent the entire summer there, just a five minute walk from the beach. My daily routine consisted of walking to the beach, laying in the sun and reading constantly. I have to say, I had no complaints. I had never been to Brookings before we moved and it is by far the best location on the Oregon Coast! With the exception of a few days, it stayed around 70 degrees and sunny. There were even a few days where we experienced the “Chetco Effect”, in which the hot dry inland air funneled down the Chetco River valley and ended up on the beach. 90 degree days on the Oregon Coast…. it’s possible! If Ryan had any days off they would be Sunday and we developed a routine of going out to breakfast, hitting the beach so Ry could surf, and ending the day with something grilled on our teeny bbq. 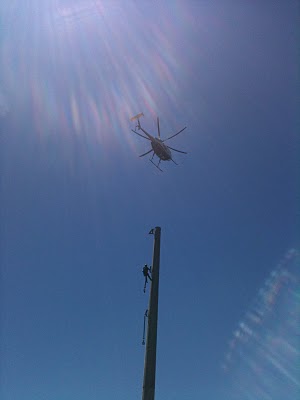 Ryan loved the work too. They were setting steel poles with helicopters in prime black bear country and he couldn’t be happier. In fact, the combination of meeting his new BFF Karl on the job, working 7 days a week and bear hunting I rarely saw him! In addition to my new beach combing ways, I found a part-time job at none other but the home of the best clam chowder on the Oregon Coast, The SportHaven Marina… Oh the memories.

I literally have too many hilarious stories about my time at the SportHaven to relay in this post, as it is already long enough. Because it was a job that I was not looking for future advancement or longevity, I could literally soak up every second and find the humor in every instance. I always had a story to tell Ryan when I got home. Like the owner/cook saying to “Google” him because he is “All over the Internet” ( Sir, its Chowder…), and the 18 year old girl that would proceed to tell me the randomest information about her family on a daily basis, “My sister is deathly afraid of spoons”… OKAY!  Or the owners 11 year old granddaughter who worked there during the summer months, who dropped more F-Bombs than a sailor with a chip on his shoulder. But through the hilarity and the insanity, I met some really great people, though rough around the edges, they were kind and thoughtful. Well except for the owner who would freak out any chance he had. “They asked for no tomato?! Absolutely no special orders! I can’t afford to do all these special orders!” Leaving off the tomato causes you to lose money? Hmm. My last day was the monday after Labor Day, and around a week and a half later we got a call to Sandpoint, Idaho.
Rollin, Rollin, Rollin up I-5…….
Sandpoint, Idaho
Okay, so the most amazing part about going to Sandpoint was that about a month earlier I had been searching that area for real estate (because that is my secret hobby) and told Ry about my desire to check it out. Enter God and his amazingness. I also failed to mention in the beginning of this post that when we were in Bothell, I began to think think about where we would be going next. I knew that Ryan had been in there for about the maximum time they like to keep apprentices in the same place. I started dreaming. I literally had the thought, ” It would be so cool if we spent the summer on the beach somewhere.” And where did we spend the summer? On the beach. So bottom line is the only reason we are going to such cool places and are having so much fun is because God is letting us.
To start off, Sandpoint is a beautiful place. We had freezing temps and a few snowy days. It was the perfect way to bring in the fall and early winter months. The town is centered around Lake Pend Oreille, and surrounded by evergreen covered mountains. Our time there was pretty short but was so great. Ryan was able to carpool with some buddies of his staying at the same RV park, so joined the local athletic club and spent a ton of my time there swimming and doing yoga. It was AWESOME! Sandpoint was where I celebrated my 23rd birthday complete with a fun visit from my parents. That weekend not only brought time with my family, but it also brought the new addition to our family, Moose. 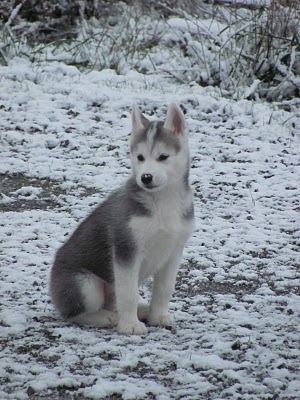 Okay, I know how this looks. We have one dog already. We live in a trailer. Did I mention, we live in a trailer. We look like the craziest people ever. But, in all reality we don’t really care. With the lifestyle we have, having dogs is actually pretty easy. Either I am at home with them or out with them. I am constantly walking, hiking, or dog parking. Not necessarily just for the dogs either. If I didn’t get out, I would be the one going crazy. I found that there were times Keala and I would go somewhere for her to play and we were the only ones around. I really can only chase and be chased for so long before I start feeling like that crazy dog lady. So Moose it was. And now they are OBSESSED with each other. Also, how could you deny that face?
A week before Thanksgiving, the job finished up. Which was perfect because we were able to spend the next two weeks with family and celebrate the holiday. But, now it begins again. Two days ago we moved down to Grants Pass, Oregon and settled into the Twin Pines RV Park. Get ready for posts, only this time let’s hope it’s not 9 months from now.
Keep on rollin’ baby.

WHAT ARE YOUR THOUGHTS? Cancel reply